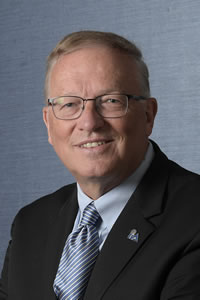 Richard F. Chambers, CIA, QIAL, CGAP, CCSA, CRMA, is president and CEO of The Institute of Internal Auditors (IIA), the global professional association and standard-setting body for internal auditors. Chambers has more than four decades of internal audit and association management experience, mostly in leadership positions. Prior to taking the helm of The IIA in 2009, he was national practice leader in Internal Audit Advisory Services at PricewaterhouseCoopers; inspector general of the Tennessee Valley Authority; deputy inspector general of the U.S. Postal Service; and director of the U.S. Army Worldwide Internal Review Organization at the Pentagon. He has served on the Committee of Sponsoring Organizations of the Treadway Commission (COSO) Board of Directors as lead director; the International Integrated Reporting Council (IIRC); and The IIA Board of Directors; as well as the Georgia State University School of Accountancy Advisory Council and the University of Alabama Culverhouse School of Accountancy’s Professional Advisory Board. Chambers also has served on the U.S. President’s Council on Integrity and Efficiency. Accounting Today has ranked Chambers as one of the Top 100 Most Influential People shaping the accounting profession, and he has been recognized by the National Association of Corporate Directors (NACD) as one of the most influential leaders in corporate governance. Chambers is an award-winning author, writing The Speed of Risk: Lessons Learned on the Audit Trail, 2nd Edition (2019), Trusted Advisors: Key Attributes of Outstanding Internal Auditors (2017); and Lessons Learned on the Audit Trail (2014).

2020s: COVID-19, Disruption, and the Decade Ahead for Internal Audit